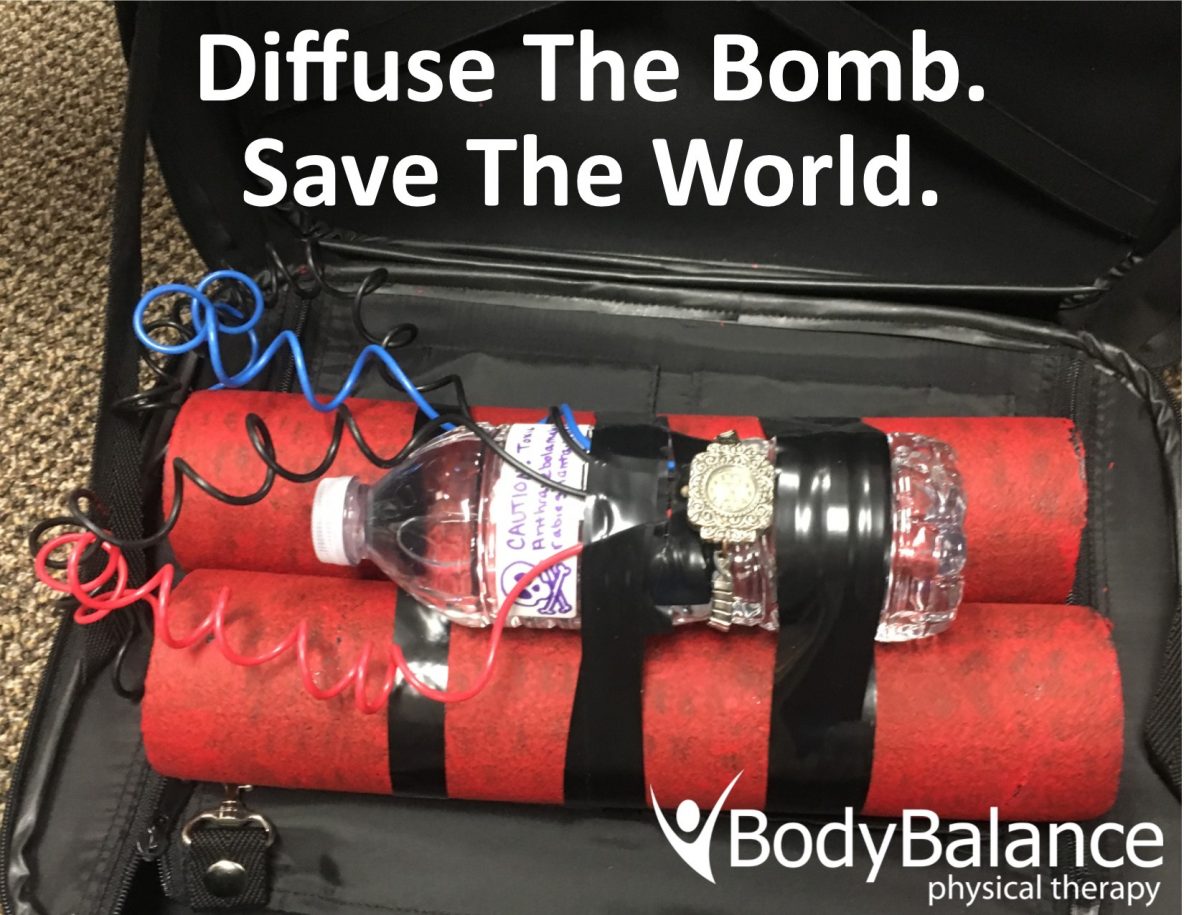 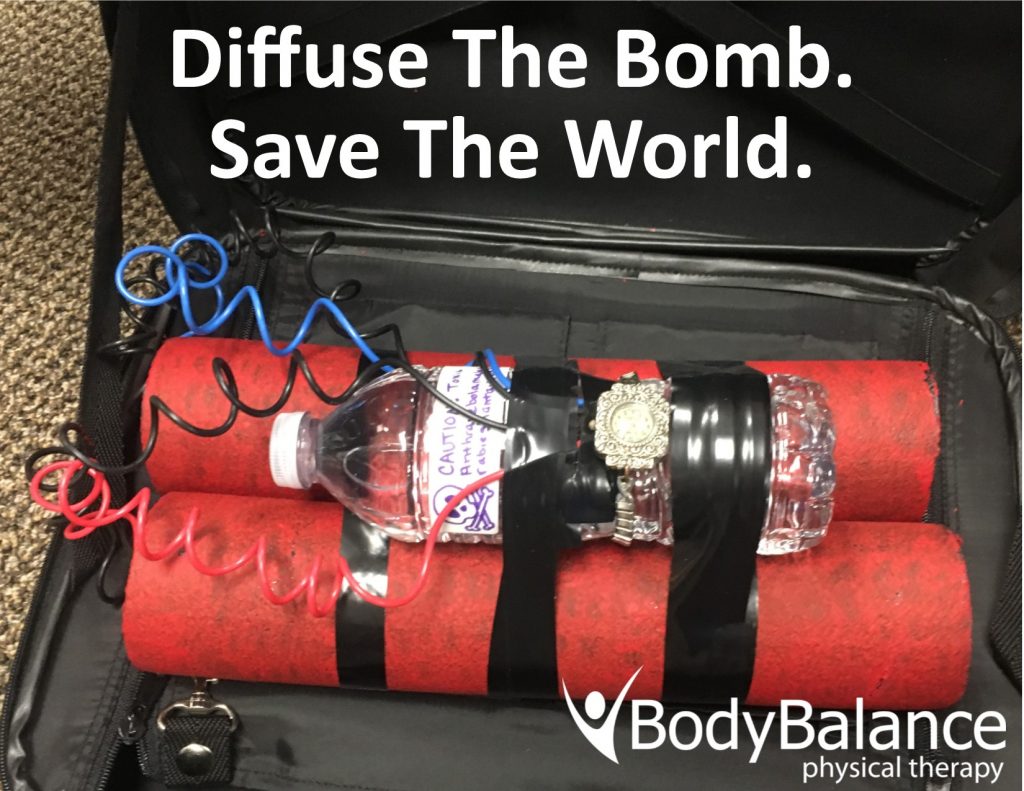 Have you ever had to diffuse a bomb to save the world?  The employees at Body Balance Physical Therapy and their families recently did.  It took cooperation and communication to find all the clues, solve all the puzzles and be the heroes in the end. 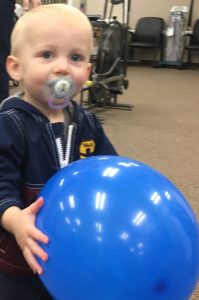 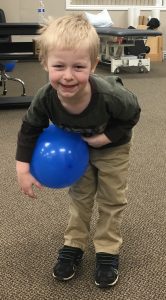 Jackson and Owen were the first to start gathering clues. 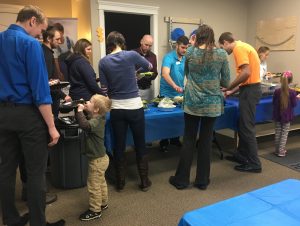 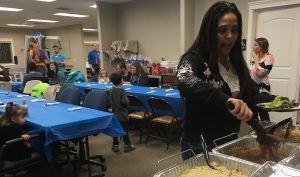 Blair skipped the plate and the veggies, going straight for the tortillas. 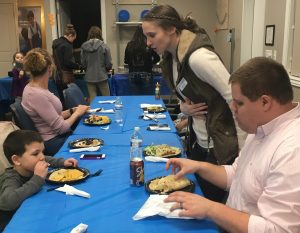 Robyn has the warmest smile, even with her mouth stuffed full of food.  Hanna looks likes she’s eyeing Robyn’s food in her absence.  Is she going for a bean or a sprig of cilantro?

Morelia is contemplating the scissors.  Will they be important? 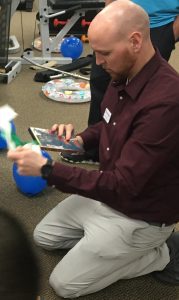 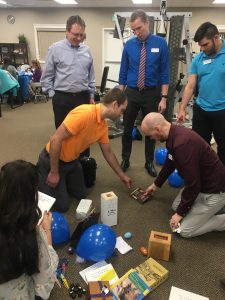 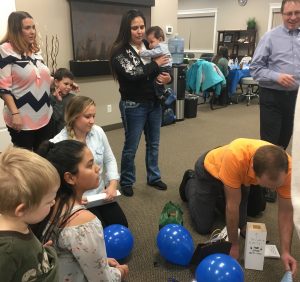 The clues are all gathered.  Now on to the challenge of how to open them. 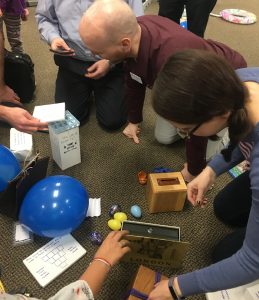 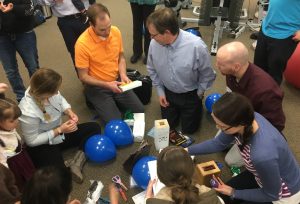 Melissa is determined to find the key to open the oak box, while Josh consults with Dave and Logan. 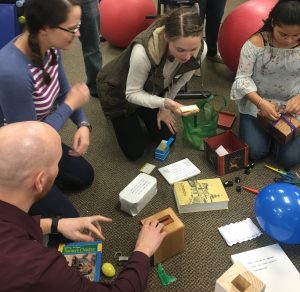 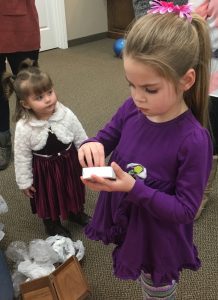 Hanna tries to get all the trivia questions answered correctly, as Ali finds the next clue. 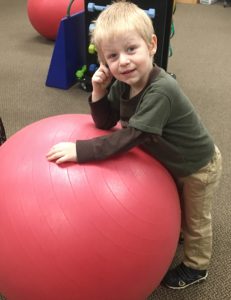 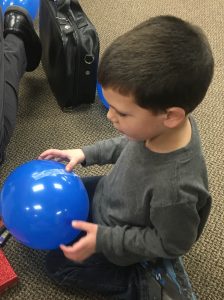 Ryan tries to decide whether his balloon has a clue inside and needs to be popped. 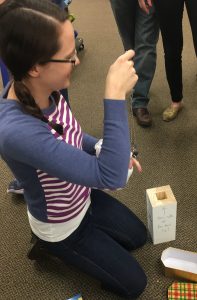 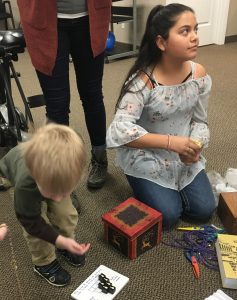 Melissa succeeds in getting the key from the wooden tower.  Owen is working on rolling a strike. 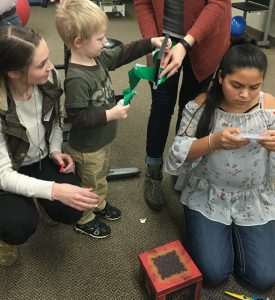 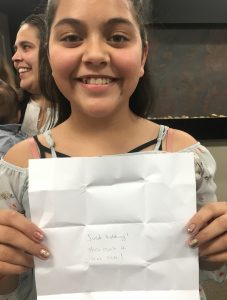 Owen unwraps a clue while Morelia concentrates on opening a puzzle box.  Inside she finds a note that says “Just kidding!  This isn’t a real clue.” 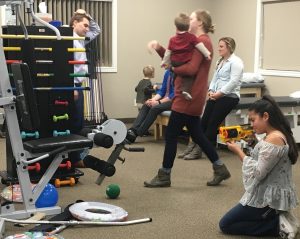 Before the next box can be opened, Morelia has to hit her target. 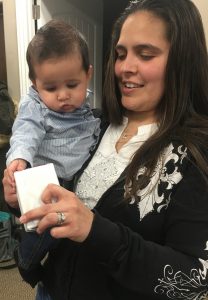 As the youngest one there, Miguel has the honor and responsibility to unwrap a clue. 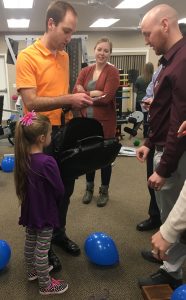 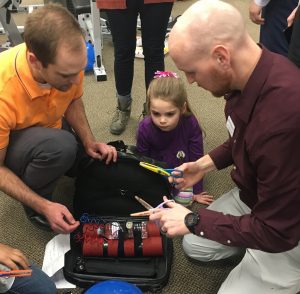 The keys have been found, the padlocks opened and the bomb in the briefcase revealed.  But which wire needs to be cut?  In which order?  By which scissors? 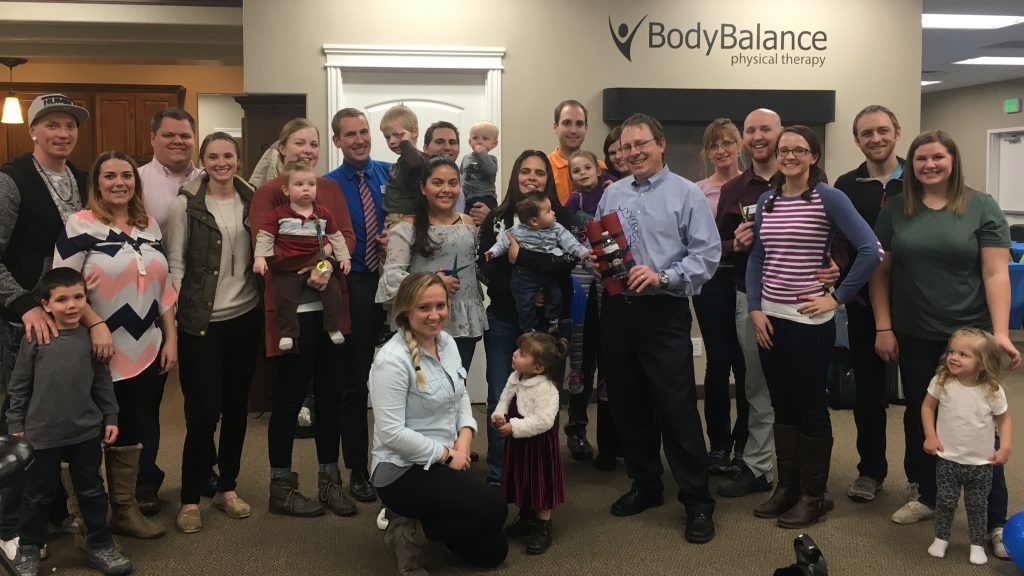 The gang, and all of humanity, has been saved!  Now let the the experts at Body Balance Physical Therapy follow the clues to save you from pain and immobility!  Call today for an appointment.